Killorglin traveled to Muskerry on Saturday 07/03/20 to take on Crosshaven in the U18.5 Pan Munster Bowl semi final. the game had been postponed from the previous week due to bad weather.

On a very windy day Killorglin kicked off playing with the breeze. It wasn’t long for a try to be scored when Killorglin turned over the ball after 2 minutes Jamie O’Leary did well to find space and scored in the left corner. A great effort of a conversion was just missed and Killorglin led 5-0. Killorglin stayed on top after a great run down the left from Shogie O’Sullivan, Cormac Doyle found his way to the try line from one of the resulting phases and  Jack Evans kicked the conversion, Killorglin led 12 – 0 after 11 mins. Crosshaven up the ante after this and had a few chances but it took until the 34th minute before they struck. While clearing their line the ball bounced well and after a great chase they claimed possession and moved up the pitch to score in the left corner. 12 – 5 at half time.
Killorglin received the ball to start the second half and looked to increase their lead. Two penalties however moved them back into their own half and when Crosshaven got a penalty in front of the posts they had no hesitation in kicking to narrow the score to 12 – 8 with 30 mins to go. Crosshaven scored again when they got another favourable bounce and touched the ball down under the posts. 15 – 12 and Killorglin are chasing the game now. Not long after the Cork side scored another and led by 8 with 10 to go and soon crossed again to seal victory. Killorglin managed to score again through captain Cormac Doyle to have the game the scoreline it deserved. Crosshaven worthy winners 27 – 17 and go on to play Old Christians in the final. It was a great effort from the small squad to go as far as they did and are a credit to the club. 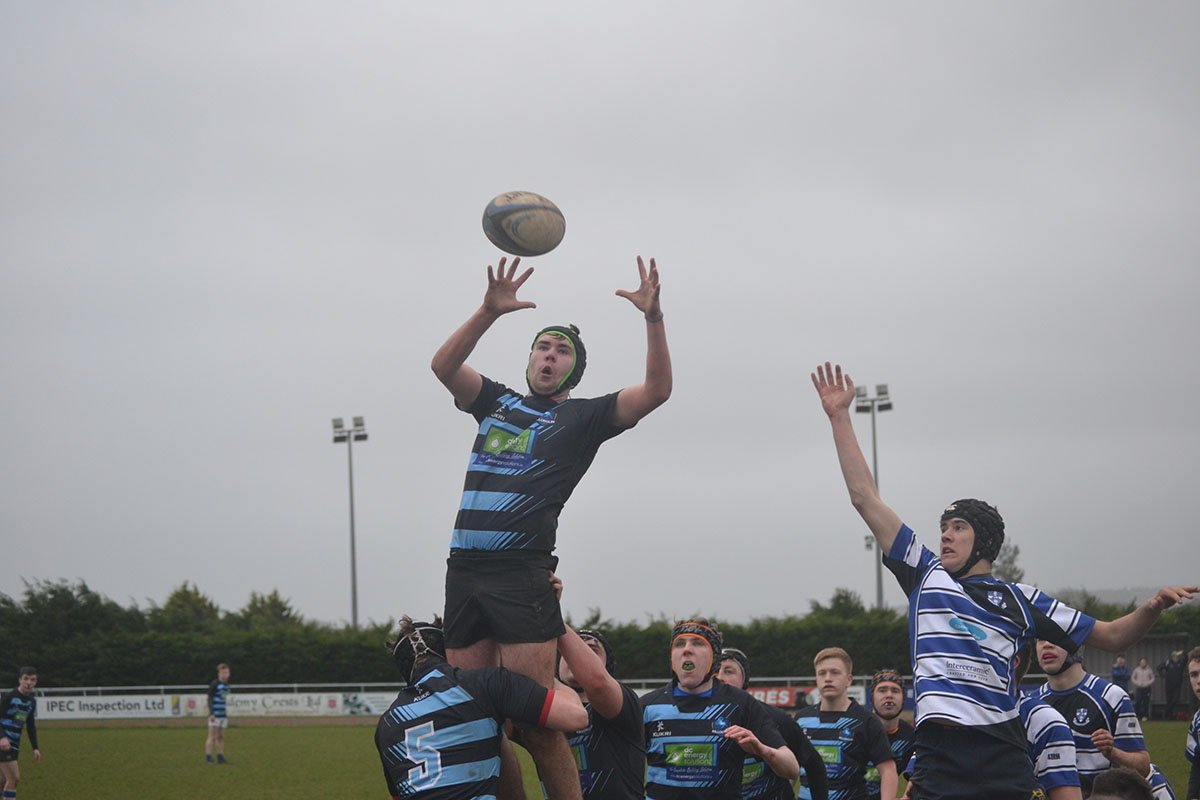 The seniors took on neighbours Killarney RFC in a rematch of last years Martin O’Sullivan Cup final in Irish Independence Park. Last years final was exciting from the opening whistle and this years final lived up to the hype.

Killorglin start the second half as they ended the first, with great intensity. A big tackle from Dáire O’Sullivan forces a Killarney knock on, Josh Morell pounced on the loose ball and got the ball to Darragh O’Shea who goes for a burst down the wing and executed a perfect grubber kick which lands into touch 5 meters from the Killarney try line.  Killorglin stole the line out, Steven Cotter landed just short of the line but Timmy Lynch manages to get over in the corner for Killorglin’s first try of the game. Luke O’Shea’s conversion was excellent and he adds the extra’s bringing the score to 16-0 to Killorglin. Killorglin looked to be in the drivers seat before a skip pass was intercepted by Killarney who ran in under the posts and put themselves on the scoreboard. Killorglin 16 Killarney 7. Killarney nearly got in again a few minutes later with a well worked kick and chase, however Luke O’Shea got their just in time to kick the ball away. Killarney were awarded a penalty outside the Killorglin 22, the kick drifted just wide keeping the scoreline at 16-7 to Killorglin. Killarney were very much on the front foot but a huge turnover from veteran Andrew O’Reilly put us back on the front foot. Timmy Lynch blocked down a kick and Dáire O’Sullivan chased well and put his boot through the ball to put Killarney deep in their own half. Killarney looked to kick to clear their line, another block down forced the kick astray and Killarney picked up the ball from an offside position, penalty to Killorglin. O’Shea steps up as he has done all season and slots the kick, Killorglin 19-Killarney 7, a bit of breathing room, or so we thought. Killarney answered with a well worked try of their own after applying pressure they were rewarded. The conversion was well kicked bringing the scoreline to Killorglin 19 Killarney 14, a one score game. The next score was vital. Luke O’Shea put in a great kick deep into the Killarney half and gave Killarney a lineout on their own 5 meter line. Fionan O’Sullivan came up with an epic block down and Killarney were forced to ground the ball behind their try line, 5 meter scrum to Killorglin. Killorglin dominated the scrum and  Killarney were penalised, Killorglin opted for another scrum. Killorglin pushed Killarney back, had good patience and were rewarded when Andrew O’Reilly picked off the back of the scrum and touched down. The conversion drifted just wide but it was enough to win the game. Final scoreline Killorglin 24 Killarney 14, redemption for last years final and a great display of Kerry Rugby. 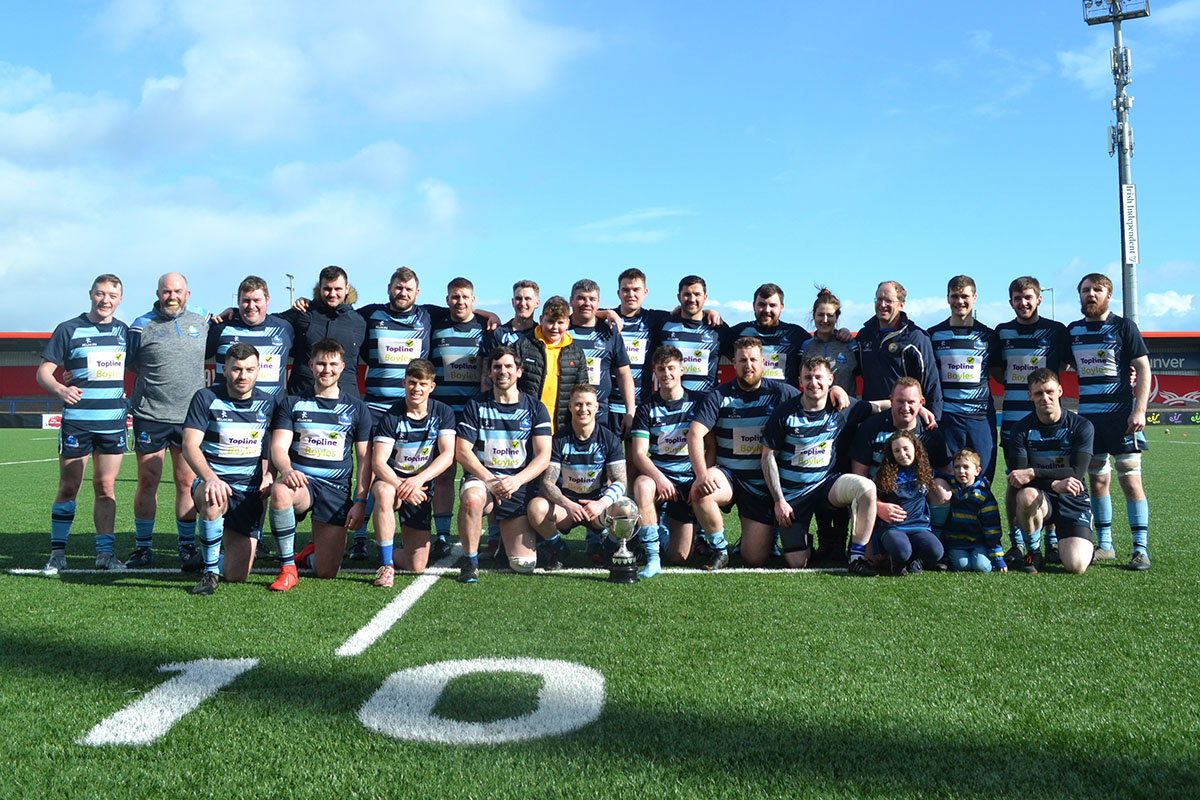