Killorglin had the honour of playing the half time match on Saturday last during the champions cup match between Munster and Racing Metro. They also have the record for being the first team to score that day in Thomond park!! Killorglin played superb rugby, putting width on the ball at every opportunity. The passing between team mates was accurate and timed to perfection. The support play and rucking was consistently excellent. Players made great ground through excellent running and interplay. The squad on the day was Fia, Holly, Gerry, Dara, Callum, Conor, Mathew, Paddy C, Rowan, Rory,Paddy T and Damien. They all contributed to a performance which showcased the best aspects of Killorglin rugby. Well done to all involved you are a great credit to our club!

Check out this great try!

The pre game team selfie in the dressing room 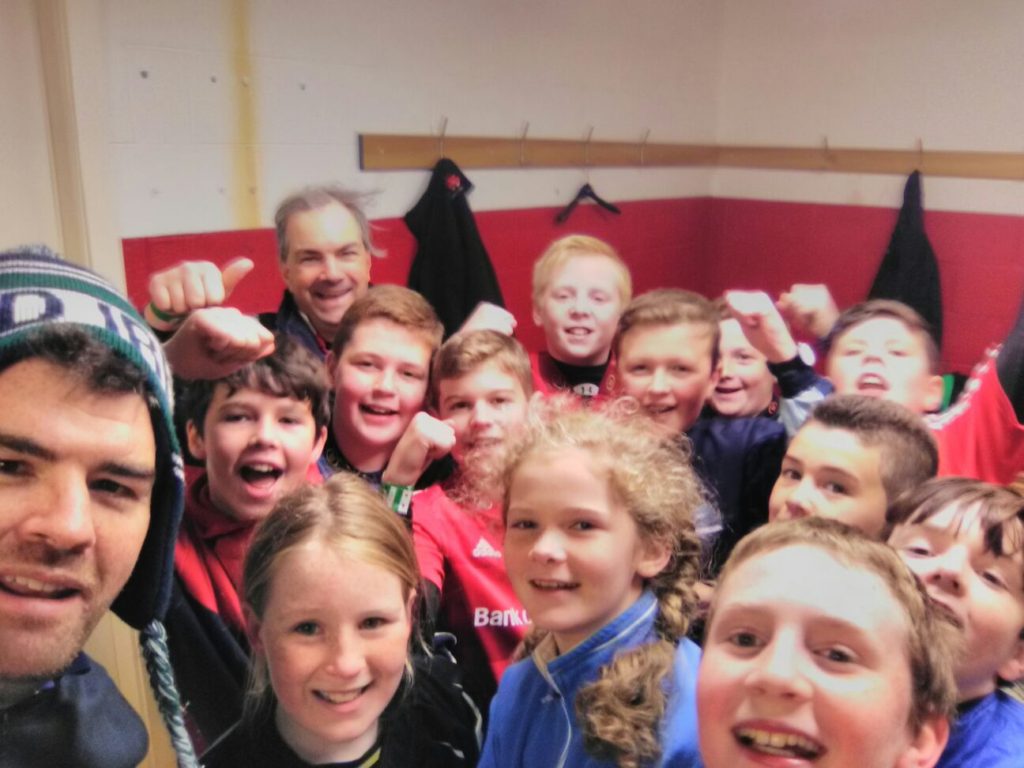