This past Saturday our U10’s had a great day out at the Killarney RFC blitz. We had 3 very closely contested matches with Killarney 1 & 2 and Castleisland. Tries rained in from Colm, Charlie, Chris, Dylan, Tomas and Brian. Myles, Luke and both Daniels carried and linked very well and a great team effort. Tackling again was superb with Chris and Brian to the fore and one outstanding try saving tackle from Daniel Kelly.
Highlight of the day was the barnstorming performance of Dylan with exquisite offloads and his own try set up by the same from Charlie. Off the pitch, Claire & the old man of KRFC (I believe John Healy has a few years on Tom Curtayne) were brilliant.
Rihanna, Karen and Mary Ellen from our U10s were in the first ever Kerry mini girls squad on Saturday. Reports from the coaches were very complimentary. More to follow on this new development for girls rugby
A huge thank you to the players, parents & fellow coaches and Killarney RFC for hosting such a great day of rugby. 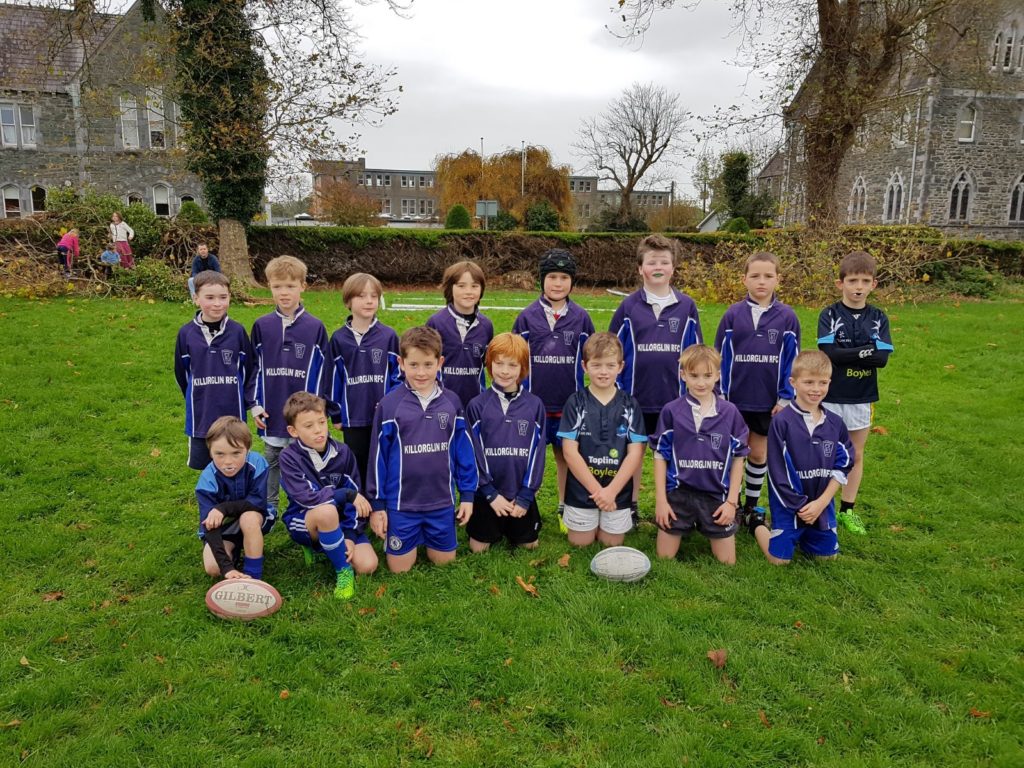 U11’s & U12’s
There was a good turn out on Saturday for the first West Munster blitz of the season. Both Killarney and Killorglin were able to field an 11’s and a 12’s.team, with Iveragh and Castleisland having a one U12 team each. The U12 squad played Killarney, Castleisland then Iveragh which gave them plenty of game time against different teams.The new regulation pitch layout 70 x 40 gave the players a challenge with a wider shorter pitch.Thanks to Fionan and Ben for coaching and referring the games.
The U11’s had a full on game of four quarters in which no quarter was given with the score very even until the last few minutes of the game. Killorglin had the loan of 2 Killarney subs to even up the numbers, luckily the Puck teams skills won through with a 3 point lead at the final whistle. There was some superb scores, defensive kicks and try’s.
Our next Blitz will be at Ballymalis on Saturday 18 Nov. 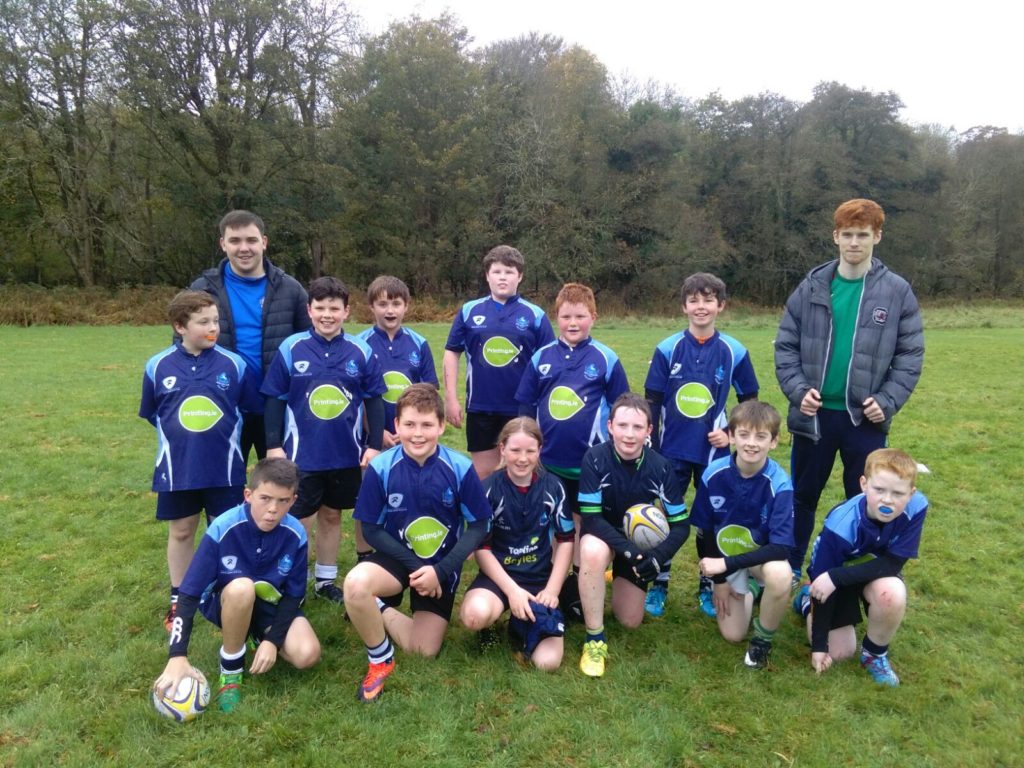 The under 14s played Tralee in an exciting West Munster League clash at Ballymalis on Saturday with some great skills and enthusiasm on display from both teams. Two tries from Derry O’ Sullivan put Killorglin into a 12-0 lead by halftime, quickly extended to 17-0 after the restart. Then Tralee scored twice to bring it to 17-12. Game on, but Killorglin responded well with two more tries from O’Sullivan, whose powerful running was too much for the Tralee defence. Donncha Crowley sealed the victory with a try under the posts after a well worked back line attack. The highlights of this display were the pressure applied in the tackle, in rucking and in the scrum. There were good performances in particular from Joe Cronin Langham at full back and in the pack from Peadar Whelan and Enda OShea who really put themselves about in tackle and breakdown. Final score 36-12. Killorglin try scorers Derry O’Sullivan (5) and Donncha Crowley. Shane O’Connor kicked 3 conversions. 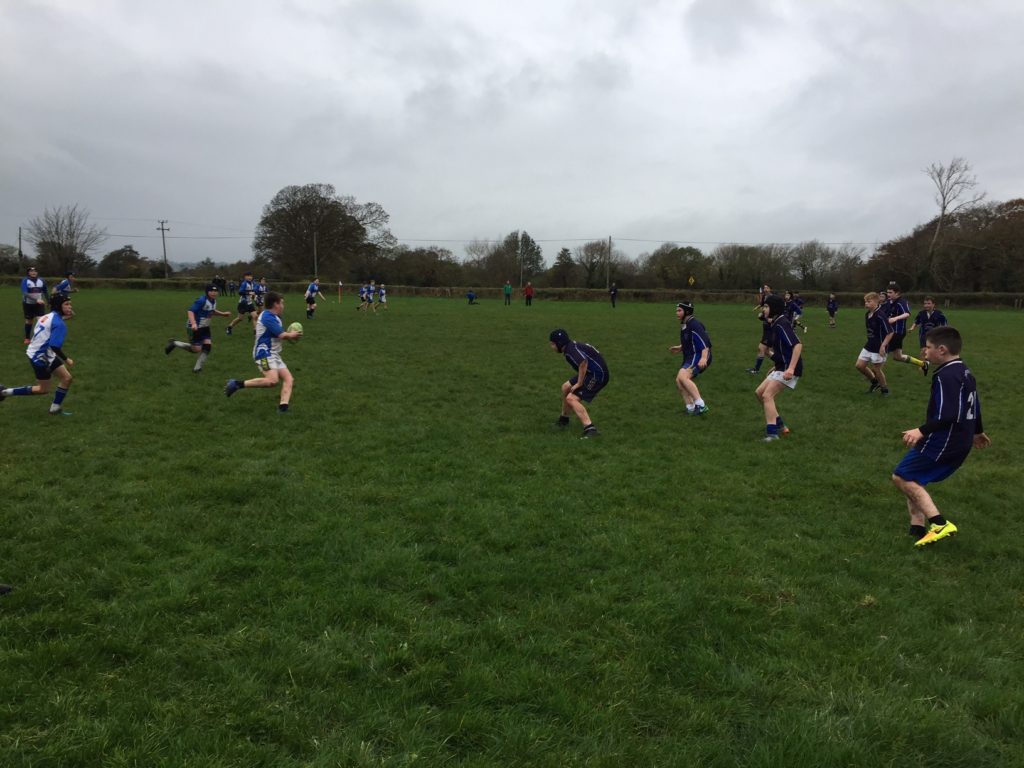 Killorglin hosted Killarney in the second round of the U16 Munster Conference 2 competition. It was a game played in true Rugby Spirit that saw Killarney come out the winners. Everyone played well, good positive rugby, evenly matched up front resulting in no score in the first half. Killorglin defended very well and in attack, kicked in behind Killarney turning their defense and gaining territory. Killorglin’s only score came from the boot of their Captain, Shógie O’ Sullivan after being awarded a penalty. Killarney broke the dead lock midway through the second half with a pick and drive beside the posts, easily converted. Full time score Killorglin RFC 3 – 7 Killarney RFC.

The U16’s next match is next Saturday November 4th away to Castleisland.

U18’s
Munster Under 18’s Conference 2 Listowel 0 South Kerry 31.
Listowel battled very hard but South Kerry tackling and use of turnover ball saw them finish winners with five tries scored by Darragh Fitzgerald (2) , Eoin O’Suilleabhain  (1,) , Daire Poff and Patrick Scannell with 3 conversions by Jack Evans.
A great result for South Kerry, the team is really starting to come together, we look forward to watching their progress throughout the year.
Prev post